The Cut is back with their fourth installment of 100 Years of Beauty, in which they condense a century's worth of female beauty, hairstyle, and makeup trends into one fascinating minute. After covering the US and Iran, the Cut focused this time on the past hundred years in Korea, a nation that underwent turbulent changes that ultimately resulted in a division between the North and the South.

At the beginning of the 20th century, we see the model, Tiffany, with her hair in a traditional braided updo embellished with ornaments. A decade later, beauty trends have shifted drastically, as Korea fell under the control of a colonial Japan that had adopted many hair and makeup styles from Europe and the US.

In the 1950s, the screen is split in two to parallel the divide between North and South Korea. Popular looks for South Korean women include familiar Western styles like the '70s hair bump and scarf, '80s teased locks and neon eyeshadow, and the ubiquitous butterfly clips from the '90s. 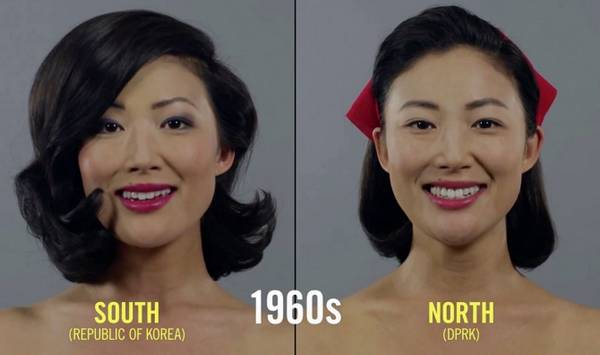 In stark contrast, North Korean women are styled more simply, with minimal makeup and modest hair often hidden beneath a hat with a Communist insignia or a bandana to signify the importance of agriculture and labor in their society. 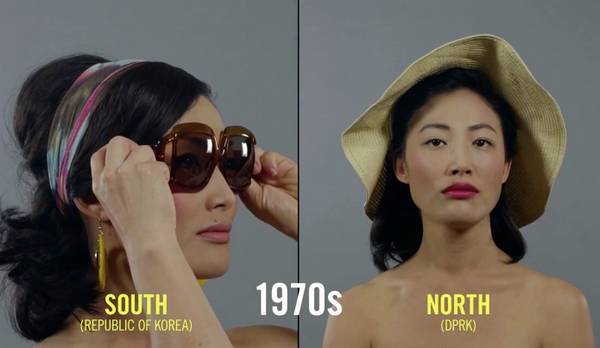 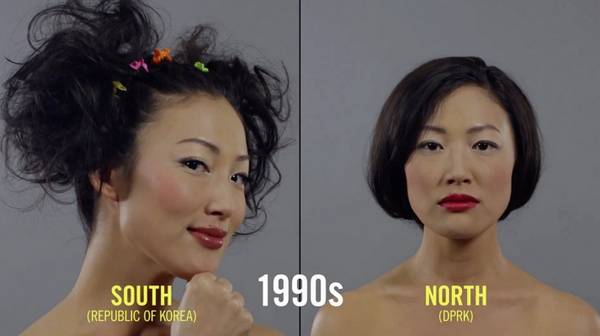